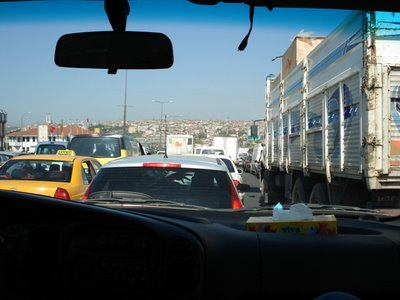 Istanbul is a big city. While the official census places its population near 10 million people, the unofficial (but realistic) population hovers between 15-22 million due to the ebb and flow of refugees and immigrants. It is by far the largest city we have ever lived in...and...that is saying something after basing out of Los Angeles for awhile.

Our arrival here, almost 4 months ago, got off to an overwhelming start when it took us 4 hours to travel the 15 miles from the airport to our apartment. Moving across this city can be daunting for even the savviest of metrotrekkers. Which makes today’s column so incredibly spellbinding and intriguing.

Take our two young wanderers (Stanley and Elle) and picture them sleeping in due to several weeks of late night remodeling and cleaning at their, soon to be, new apartment. We had allowed them to slumber late while we left early to meet the plumber and electrician across the city.

Once they woke up, they called and wanted us to pick them up so they could join the work crew. With workers here, and in the middle of wet paint, concrete, and without water, we told them it would be a while.

The bravado of youth blossomed in Stanley, emptying out my change jar, he and Elle headed out to find their way to the other side (yes, they first called and checked with us). Conversing in their limited Turkish, they hailed a taxi, explained where they wanted to go, and arrived at our location some time later. 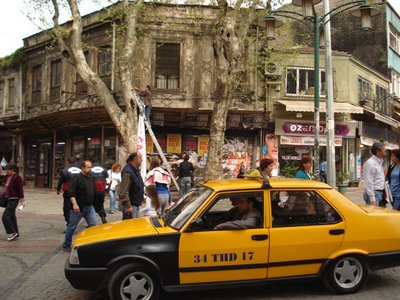 When they pulled into our sitesi, Ann dashed out to pay the driver only to find Stanley counting out hundreds of small Turkish coins and filling the driver’s hand with the equivalent of nickels and dimes. Stanley looked at his mother and said “Already took care of it”, and walked towards our building. The taxi driver was laughing, and as Ann gave him a generous tip, he called out to Stanley “see you soon” in Turkish.

The truth of the matter is that this driver did not know us or our kids, but we later found out that as the kids approached the stand where you “hail” the taxis, several other drivers who knew us, had told him to take care of our kids, and exactly how to find our new apartment.

It was quite an adventure for these two trekkers...living in a culture where the woman is not readily acknowledged, Elle could not have played any role other than to advise Stanley quietly. For her it was a bit unnerving, for Stanley, arriving in his own taxi, riding in the front seat, sunglasses donned, arm out the window, and being in charge of a bulging pocket of booty and his own geographical destiny...it was a day to remember.
Posted by Silk Road Nomads at 6:25 PM

It is a great feeling to know that your children are being taken care of by the taxi drivers!

It is a great feeling to know that your children are being taken care of by the taxi drivers!

Stanley & Elle,
Congratulations! I'm proud of you for setting your minds to something so exciting and dautiong at the same time. And You made it in one peice! How exciting! I wish i could have been along for the ride.
We love you guys an dmiss you terribly. I had tears in my eyes as I read this and realized that you guys are growing up so fast and we can't watch!
Anyway, we love you and think about you every day.
Brenda