Chipping Away at Life 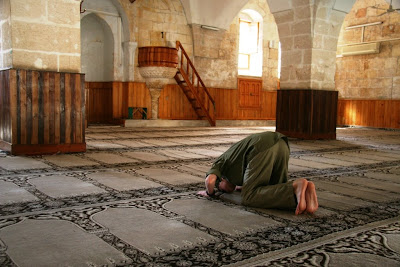 Blogger was released from detention today and is back up and running. We are not optimistic that this will last for long, but will keep the flow running as long as we can.
The Turkish government is still navigating the merge of free speech and its core values and the arena where they clash causes quite a bit of uproar. After watching this dismal run for the presidency from abroad...I understand the dilemna the Turks are facing. 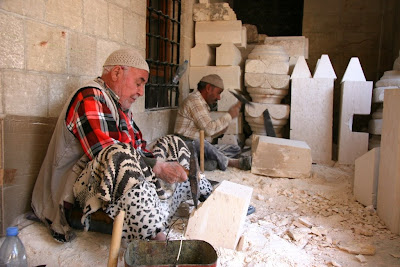 The Masters of Urfa Stone
In other news...A few weeks ago we made a run to the Syrian/Turk border and visited Harran and Sanliurfa. We met two stonemasons sitting in piles of Urfa stone chips who have spent their lives carving the stone into amazing ornamental blocks for Balikli Gol...the legendary place where Abraham and King Nimrod clashed. I won't bore you with the legend here, but this site has to be one of the top destinations we have visited in Turkey.
We will keep you in the loop as we watch where this Internet mess is going.
Just 32 days till vacation. I am leaving early, mentally. 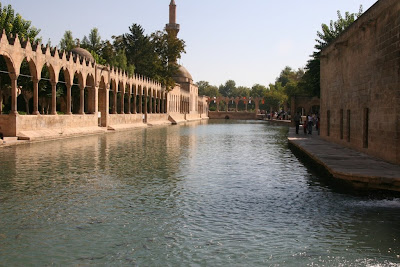 Within the last day or two our platform for blogging "Blogger" was banned in Turkey, along with our alternate "Wordpress". With the ban of YouTube leading the way some months ago testing the Turks tolerance for cyber-censorship, it looks like we will no longer be able to update this site from within Turkey using any of the mainstream blogging platforms.
We will be looking for other, legal platforms to publish our adventures and our love of Turkey...until then keep your fingers crossed that things will change. We have anticipated this for some time now and have kept our activity low-key. Now it is simply No-key...we are locked out.
This posting is courtesy of some great friends in Frankfurt.
Posted by Silk Road Nomads at 6:40 PM No comments: 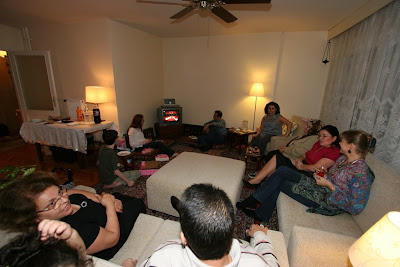 A Return to Normal Life

Things are slowing down a bit for us this week. Our fellow travelers from the states on this last SRE are gone, our visas are in and except for some lingering bureaucratic issues we are on the long coast off this hill.
Our annual exodus to Wales is just a few weeks (5) away and then February will see us flying to the states for the first time in 3 years. We will be home for most of 10 months but will be keeping our Istanbul flat open hoping to be back by the end of 09.
This week we are wrapping up some issues with banking and tax registration in Istanbul and getting back into the swing of normal life, which for me means back to Ann's amazing Turkish cooking...and that translates to full stomachs and a busy living room.
I love this place...have I mentioned that before? 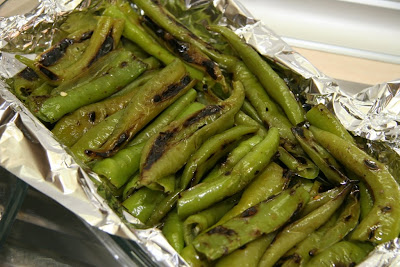 Posted by Silk Road Nomads at 4:14 PM No comments:

Wrapping Up the Season 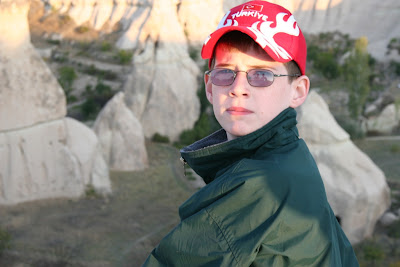 As we drove from the airport to home a few hours ago it sure felt good to be close to home, when we turned down our street the smells of Istanbul made us smile...we love this City. With this last trip being the final SRE of the season we had mixed feelings about the wrap up. We had a great SRE but the schedule was pretty tight with fitting in our guest's travel dates and the territory we needed to cover.
We have meetings tomorrow in Taksim and will bring you up to speed once we take care of some business next week. For now we will leave you a few windows into our weeks on the road. 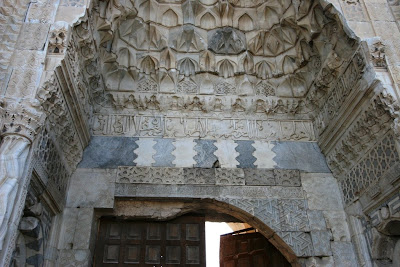 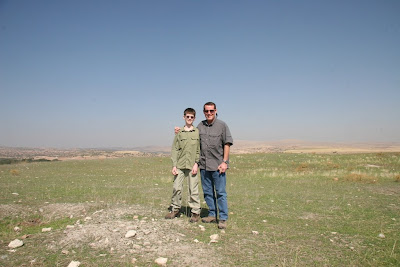 At the Tell of Ancient Lystra
Posted by Silk Road Nomads at 8:11 PM 1 comment: 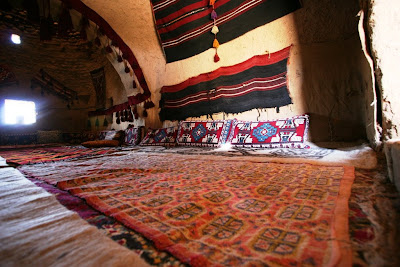 Cool Digs in Parts East
With our first chance to update since we hit the road 7 days ago we are taking this opportunity to check in. Today we found the Biblical Lystra which has been a point of contention between competing guide books and guides.
The "tell" is just that....a mound of rubble several acres across at the top and sitting 8 miles NE of the "site" where most guide books place it. We found pottery, finished marble, inscriptions and figurines littered across and poking through the soil along with an amazing number of hibernating turtles...something that I am going to put to the test now. More......coming.
Posted by Silk Road Nomads at 12:01 AM No comments: 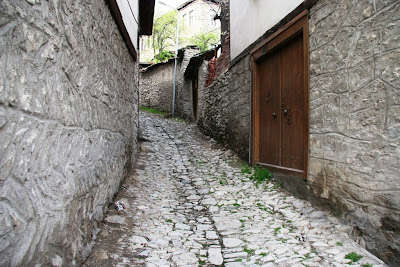 In a little over 40 hours we will be off on the last SRE of the year...we think. Taking a few friends from the states who wanted to live on the road and see what all the fuss was about with our Silk Road Expeditions.
We will hit Antep, Urfa, Harran, Antioch of Sryia, Kapadokia and wind up passing thru Konya before arriving in Smyrna.
We are already booking for our next SRE in August 2009, if you wanna wander with our crew...drop us a line.
Posted by Silk Road Nomads at 5:57 PM No comments: