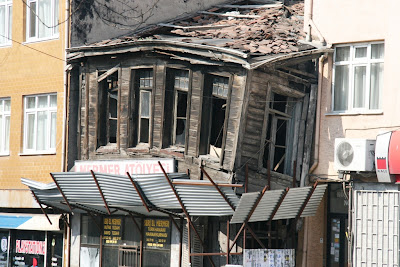 The Shop Around the Corner

We aren't quite this run down...but this little house down the street could pass itself off as an illustration of our week and work schedule. The kids woke up this morning nursing colds and this evening the second wave took Ann hostage. With all the other issues that we have been navigating in launching the SRE07, we have decided to yield to common sense and delay this 5th and final expedition of the year until the planets align in our favor. Yeah...I know its a no brainer, but then again, were talking about me. 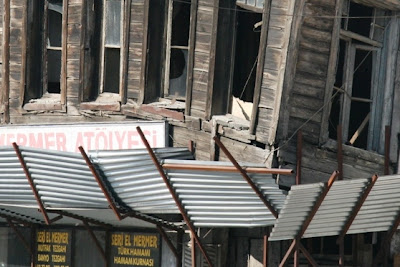 Just so you don't think I am the only slow one on the block...the awning in the above picture was installed to catch the crumbling second story as it falls apart. There are lots of us around.
Posted by Silk Road Nomads at 3:04 AM