Doors don't seem to rate high on our list of things of import...unless they are closed and we need them open...or...they are open, and we thought they were closed. We are trying to figure out which of these we are facing.
We had plans to travel to Beirut for meetings (and a week of vacation), and then to Aleppo, Syria to research a period of Jean Louis Burkhardt's life...a Swiss explorer who lived in Aleppo for several years to study Arabic, (he later went on to discover the Temple of Ramses II among many other of today's archaeological wonders).
Ok...let's put the theme here on "hold"...this is going to take some time, so let me taxi around this with a "Burkhardt Moment" (this is a good time to go for snacks if your not historically inclined): Jean Louis Burkhardt was the first non-Muslim to be documented as visiting Mecca, even today, almost 300 years after his death, he stands as a giant of archaeological exploration and discovery, he was a master of disguise and subterfuge all in the pursuit of Central Asian knowledge. He...was a wanderer extraordinaire. 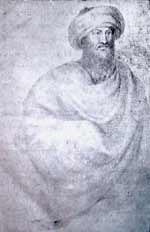 This guy actually spent several weeks sleeping in a flea and vermin infested caravansary in order to become "gamey" enough to pass as a native pilgrim...It worked. He was able to travel for several years throughout the Middle East and avoid discovery as to his "Swiss-ness"...his mastery of local dialects, accent, grasp of the vernacular, and cultural knowledge allowed him to fit in.
Because of his dedication to culturally adapt to his surroundings he gained access to the most guarded places. Petra, Aaron's Tomb, the Kaaba, and the Snake Monument were among the most significant, this was before the rest of the World even knew these places existed, (sorry about the verbosity that is present...Jean's life story winds my clock). 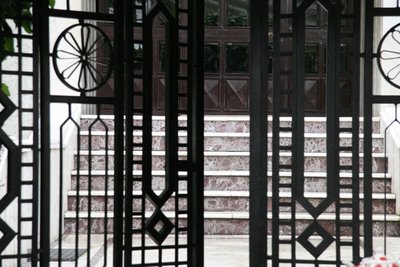 Now, if you're still with me we'll get back to the post. As I was saying...we had planned on visiting Aleppo and Damascus two weeks ago, but due to some Visa issues and the high cost of just applying for our Visas with no guarantees ($400.00)we put it off until October. After Syria we thought we would take a week of vacation in Beirut to coincide with some interviews and meetings we have scheduled (Beirut is our 2nd favorite city in the World) before heading back to Istanbul (our 3rd favorite city in the World...you can guess our number 1...can't you?).
Now with the renewed vigor of Middle East unrest it all seems in doubt. We have friends in Beirut that we had planned to spend time with. We will keep you posted as to our October expedition and where it will lead....Syria is still at the top of the list...we are in the process of "rattling doors". For now I am up in the middle of the night looking for Jean Louis' biography (it's time to peruse it again)...if you want a great read...hunt this one down.
Posted by Silk Road Nomads at 2:16 AM