We have become the frequent recipients of official notices from the U.S. State Department and a few Turkish based expat news sources. This last month has witnessed an increase in Kurdish separatist’s terrorism here in Istanbul as well as in other regions of Turkey. In the last 36 hours 8 people have been killed via roadside bomb, ambush, or lynch mob.
Our travel plans for Ramadan (Sept 24-Oct 23) put us in the heart of Kurdish territory. In fact ,during this time we will be the guests of several Kurdish majority villages in eastern Turkey. 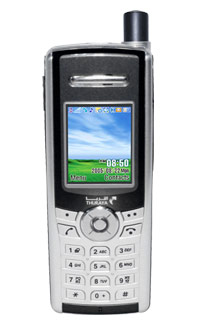 One of the acceptable recommendations to come down the bureaucratic pipeline was to procure a satellite phone. Apparently, anywhere there’s sky…there’s a link. With most of our planned travel for this next year in the remote border regions where cell phone coverage is at best “futuristic”, we felt this was a “must” on our supply list.
The past month we have been researching our orbital options and today we were informed that the satellite phone we ordered would arrive exactly two months after this excursion. While the sat phone will play a major role in our Silk Road Expediton 07 (we can update our blog via this phone…or so we are told) …we will be out of luck for this current outing.
Such was my day...$25.00 in bus, ferry and taxi fares to the sat phone office. A security search and xray that left me without my wallet and family, uniformed guards to the upper floors and an interview with a gracious Turk who spoke excellent English. He had the phone, allowed me to hold it, showed me its options, put it aside for me...and said to come back in January to pick it up.
Posted by Silk Road Nomads at 1:57 AM