Visiting Mosques and Hanging with the Locals-SRE 2010 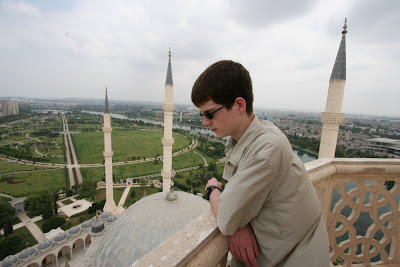 Stanley at the Top of Sabanci Camii's Tallest Minaret
I failed to detail the run-up to this season's first SRE....but here we are 4 days into it and its time to bring this terrible webpage up to speed.
Leaving Istanbul we overnighted in Konya...ancient Iconium. The home and final resting place of the Persian Poet Rumi, also known as Mevlana, the father of the Whirling Dervishes.
Yesterday we planted ourselves in Tarsus and made the rounds of some Tarsusians we had befriended in trips past.
The last few days we have quartered out of Adana and visited with  the locals at the Sabanci Camii (Mosque), the largest Mosque between Istanbul and Saudi Arabia. The gatekeeper took compassion on us and allowed Stanley and I to climb the highest minaret....300' feet high, (or so we were told,  I didn't have the presence of mind to measure).
Today we spent the day between two Mosque's in old Adana the Yağ Camii (Oil Mosque, named due to the olive oil that used to be pressed in its courtyard) and the Ulu Camii (Grand Mosque) which was having its version of VBS with the young boys in Koran School during the summer months.
More as we find the time to update..... 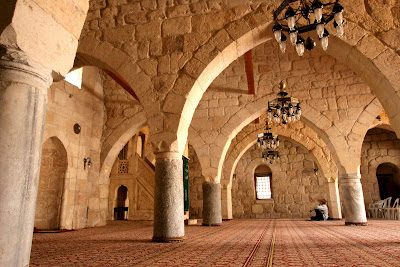 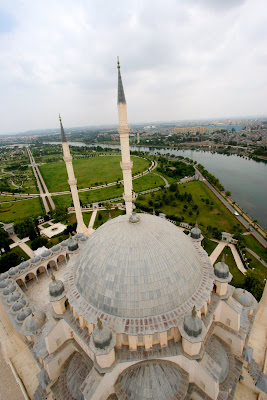